TalkTalk, the renowned UK ISP, has teamed with the Goldsmiths University of London to launch a new range of concept routers. The designing of the routers was performed by the students at the celebrated college. The concept routers aim to augment the existing broadband routers.

Students have attempted to design devices that were not only chic, but also functional, considering energy efficiency, signal strength and home style. The project dubbed Routers of the Future also saw the designing of a trendy router – the Jellyfish that had taken its inspiration from the marine creature to function as a central hub for all users, through which they could connect to one another. 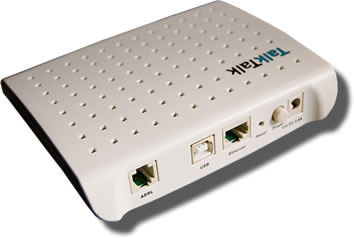 Much like the underwater creature, the Jellyfish router too has been designed with fluorescent characteristics. Other designs include the Hybrid router that evokes the reminiscence of a hardwood table of the retro 60s, and the Route O' Clock, which displays the variation of the signal strength throughout the day via a 24 hour clock.

TalTalk spokesman Mark Schimid said that they had worked at the Goldsmiths with the design researchers with a view to change the humble look of the broadband router into something that amused the people.