The green signal has been given by the European Union to the acquisition of Tiscali's UK broadband assets by Carphone Warehouse that was much awaited. The go ahead nod given by the EU was based on the assumption that competition prevailing in the segment will not be affected by the acquisition.

The acquisition of the assets, backed by a GBP236 million deal hammered out between Carphone and Tiscali UK, has been certified by the antitrust authorities of the EU that it complies with the antitrust laws of the Union. This, virtually eliminates the final obstacle on the path to the acquisition that is now free to be held on June 30. 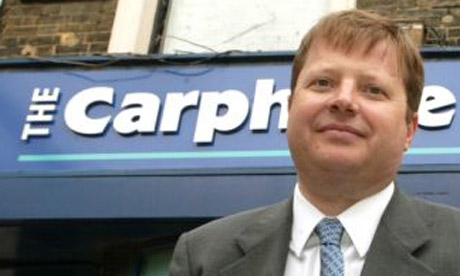 The acquisition, in another context, would make Carphone Warehouse's TalkTalk the second biggest internet service provider in the United Kingdom, only behind BT. The UK ISP, is expected to hit a residential customer-base of around 4.25 million. Although, the contract was inked back in May 2009, both the companies had been waiting for the official approval from the antitrust authorities of the EU to go through the final formalities.

Meanwhile, the chief executive of Carphone Warehouse, Charles Dunstone has asserted that the TalkTalk division of the company will split from the retail division Best Buy Europe, triggering widespread speculation that the company is planning for the split bucked up by the promising scopes of the Tiscali acquisition.